What is a Heart of Space centre?

A Heart of Space Centre is essentially an energetic Sanctuary, created by the placement of three specific Alchymeically imbued Artifacts –the Travelling Bubbler, the Fractaliser, the Saturn Bubbler (or Qualitative Evolution Bubbler). Based upon sacred geometry, these esoteric products when combined in a particular formation, actualise the grounding of what is known as a ‘volumetric current’. This current can be felt as a literal vibratory current of radiant light, and allowed through the feeling dimension of being – it cannot be rationalised. Within this volumetric current, at last it becomes possible to awaken to the Remembrance of the Intuitive Heart – the Remembrance of the Mystery itself. 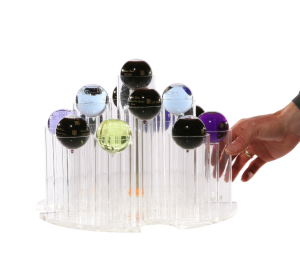 We each have an energy field that is constantly affected by the energy fields of all people and places. We may notice that when we go to places where people are stressed, exhausted, in conflict, not well, etc., that we are affected by these energetic communications and projected ‘thought’ forms (the psychic dimension of existence).
The Travelling Bubbler is intended to deal with these energetic aspects of life, to create ‘space’ for real Intelligence, heartfelt communication and a psychically clearer environment to live in.
The Travelling Bubbler is designed to clear the psychic field of the town or city in which it is placed and is specifically related to energetic influences ‘above’ the earth plane (the psychic imprint of human beings). The Travelling Bubbler represents the emotional environment or psyche. 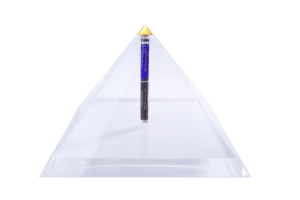 The Fractaliser shape creates a chamber or space within which to allow the flowering of the being to awaken as the breath and to have the weight of the gravity of ‘usual’ life lifted off the body. The gold apex of the Fractaliser is seen as the arrow piercing the darkness, while the diamond that rests inside the capstone holds a poignant current, representing the Divine State, or the Bright of Conscious Life amplified. 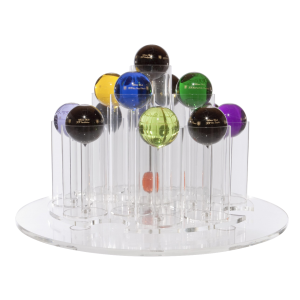 The Saturn Bubblers have been described as ‘blessed art’. Fourteen hand-blown, coloured liquid filled glass spheres resting on highly polished clear cylinders over a revolving base. Ease glass sphere holds specific Energies, which combine to radiate a blessing force across an entire state or small country in which the Saturn Bubbler is placed. Each state or country has its own particular karma – a history that has shaped the nature of that ‘place’. In response to this, additional Energies are added to each Bubbler to address the uniqueness of its location.

The Saturn Bubbler hold the Alchymeic radiance to touch and imbue the Earth’s energy field with heart current. They are the Heart’s response to the wounds of the earth.

A Saturn Bubbler is a sacred geometrical structure designed to energetically restore the earth place and lift and evolve the consciousness of humanity through an Alchymeic process. The Saturn Bubblers are designed to act as ‘vehicles’ or ‘beacons’ to ground the Divine Light, radiating a vast energy across an entire land mass.

The Saturn Bubblers have been in psychic vision as golden threads of Light, like sutures, stitching the fabric of the earth plane back together. The Bubblers around the world work together as a unity, a network of light that hold s the supports the planet. 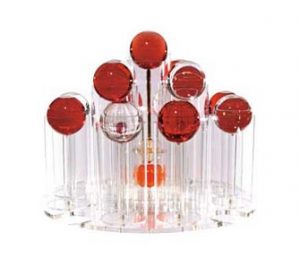 More information on The Heart of Space can be found here https://theheartofspace.org